Rzeszów. It's the largest city in southeastern Poland the capital of the Subcarpathian Voivodeship. Today it promotes itself with the slogan "Rzeszów – Stolica Innowacji", which can be translated as "Rzeszów, The Capital of Innovations".

The city is located on the crossroads of important European communication routes, icluding road, rail and air transport. Local trade routes and many priviliges resulted in the city's early prosperity and development, making it known for commerce and good management.

Like all the partner cities of TRANS/MISJE, Rzeszów is located on borderland, both geographical and cultural. It represents the perspective for seeing the reality from the outside of the centre, from the region.

Such city location made people from different countries and of different religions come to Rzeszów. That resulted in mixing the cultures, traditions, customs and habits, and this is exactly what the idea of the Festival refers to.

The idea of the event is to connect not only different art disciplines, but above all-people. It refers
to international ground and local social groups. The key objective is to exchange thoughts, cultures
and experiences.

The idea of the Festival came from Jan Nowara, the director of Wanda Siemaszkowa Theatre in Rzeszów.

When the idea of making a new festiwal appeared in my mind, the first thought was that the art creates bridges and opens the door, that the artists of all the art forms speak the same language, which goes directly to the imagination and heart. This language of art, though universal, fortunately has nothing to do with the globalisation, it does't make us wear uniforms nor does it require political correctness. Actually, quite the opposite - it's genuine, personal and allows us to preserve our identity and diversity. And this is how I imagine the concept of our festival - as geniune conversation that lets us be ourselves but in the same time we can open up and come closer to each other. And we do have right circumstances for that- common roots, similar history, close proximity. Also Slavic blood and soul, of course!

The date of the official beginning of the project is 13 June 2017. It's the day of the high importance in the history of theatre. This is when, in Castle Museum in Łańcut, the solemn ceremony of signing the Membership Declaration of TRANS/MISJE International Festival of Arts took place.

In the picture: Peter Gemza, the director of the theatre in Debrecen, signing the declaration
photo by Namysław Tomaka 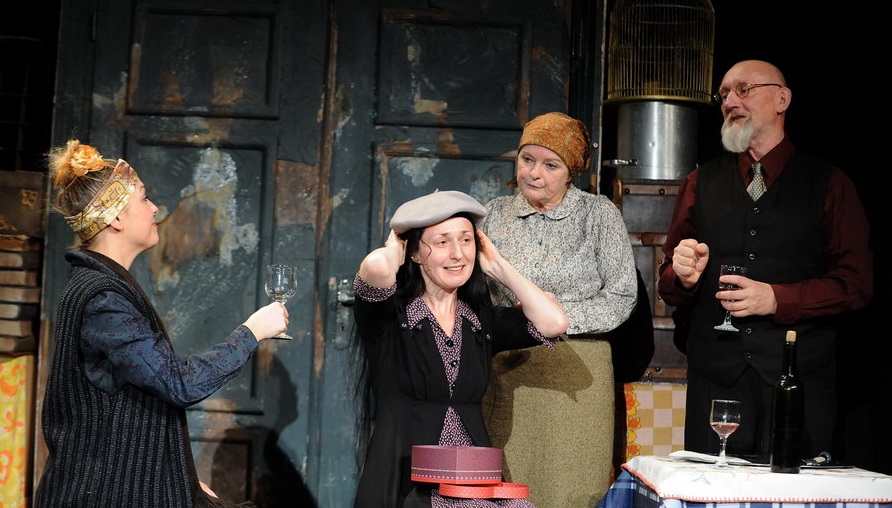